That said, I know it’s not jet-lag. I woke up thinking about Saigon. And Laos. Taiwan and Thailand were just “safe-haven” postings, more temporary quarters than anything.

We lived in Laos for four years, our longest posting by far. The longevity of the tour probably has a lot to do with the fond memories I have.

Saigon: not so long. A year? Year and a half? But the city looms large in my thoughts this morning. I keep hearing Martin Sheen’s voice in my head.

A lot of my “memories” of Saigon have actually been reconstructed. Things were fast and furious during The Fall (as the period of about January to April is referred to in my family, and many others’, I suspect). And I was just 13. Not your average American 13, but young nonetheless. I had to study the war and the country and its history as an adult to learn most of what I know now.

Other memories are… snippets.

School bus with steel mesh on the windows for hand-grenade protection, following a different route every day.

School in a three-story house, my class of about seven kids on the top floor, correspondence courses taught by volunteers.

Lunch at the Cercle Sportif—the small, crunchy, thumb-sized chả giò that remain the best damned chả giò in the universe in my head, making Vietnamese food in the States a sad disappointment.

Basketball at the Defense Attaché Organization (DAO) compound, kicking butt in Cholon against a Chinese team and almost causing a riot.

The basketball trip to Thailand we started planning in February that was abruptly cancelled in March as South Vietnam crumbled so fast, the map in our living room my mom had put up to track the madness became useless.

Very sad get-togethers in our apartment with American, French, Vietnamese friends and co-workers who’d evacuated from up-country with the clothes on their backs, listening to heartbreaking stories of friends and colleagues left behind.

A chopper flying past our fifth-floor apartment at 259 Trương Quốc Dung, comically chasing the high-altitude bomber that had just bombed the President’s palace.

Standing on our balcony counting the seconds between flashes and the accompanying “boom” of mortars, trying to guess if they were in-coming or out-going.

My appendix, bursting with the most inopportune timing, and my amah covering me with Tiger Balm or Vick’s Vapor Rub, because that’s what you did. 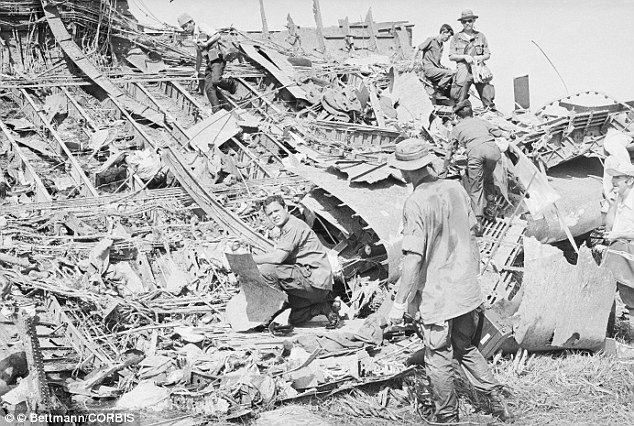