For reasons probably dictated by watching too many movies about the war in Southeast Asia and having lived here during the 60s and 70s, I have a continuous stream of Credence, Stones, and Hendrix running through my head.

We arrived in Vientiane on Saturday, January 24, 2015. Almost 48 years since I had first arrived here in 1966 wearing black patent leather shoes, “fishernet” stockings, white gloves, and a hat.

That was then, of course. Waaay back when. With the wisdom and liberation of age, I travel on this trip looking like a cross between a dervish, an over-aged backpacker, and a law-firm refugee in a Duke Law baseball cap. I’m finally relatively comfortable in my skin, there is no one I particularly care to impress, and dammit, my head sweats!!!

“Where’d you say you used to live?”

I’ve always found it mildly disturbing that so many Americans have no idea where Laos is. Some have never even heard of Laos! In a vacuum, this would not be earth-shattering. Hell, I can’t find Iowa on a map without working backwards from Chicago.

But regardless of your politics, war beliefs, whatever, it’s pretty hard to dispute that the United States dropped more than two million tons of ordnance on Laos, making Laos (infamously) the most heavily bombed country per capita in history.

So if you’re American, you should AT LEAST be able to find the god-damned country on a map!

Long after the war in Laos, the effects reverberate through generations of Lao who weren’t even born during the war, through unexploded ordinance (UXO). If you’d like more information about the international efforts to address the continuing problems, Legacies of War has an educational website that provides a great jumping-off point.

But I digress. (grrrrrr) Here’s a map. Actually, it’s The Big Three (plus Thailand, which I’m too lazy to redact). 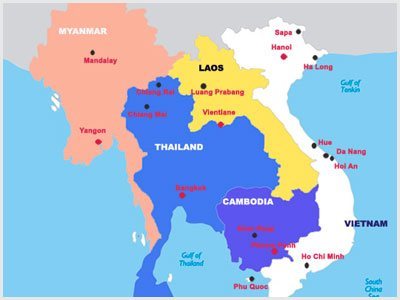 That’s Vientiane, right there in the crook of the Mekong. That’s where I lived for the longest contiguous time in my life so, you know, HOME!!!! Laos is where I was bitten by my own rabid puppy, and where I met too many interesting snakes and other things that wanted to kill me.

Laos is also where I learned about community (and return now to realize how much I miss that). Learned to swim—fast. Learned to ride a horse. Learned to not quite play tennis, to never really get Chinese jump-roping, to love an audience who appreciated my voice.

Laos is where I met beautiful people who, despite a long history of horrors, were (and remain) the most exquisitely nice people I have ever encountered.

Most importantly, Laos is where my brother, Sean, joined our family. 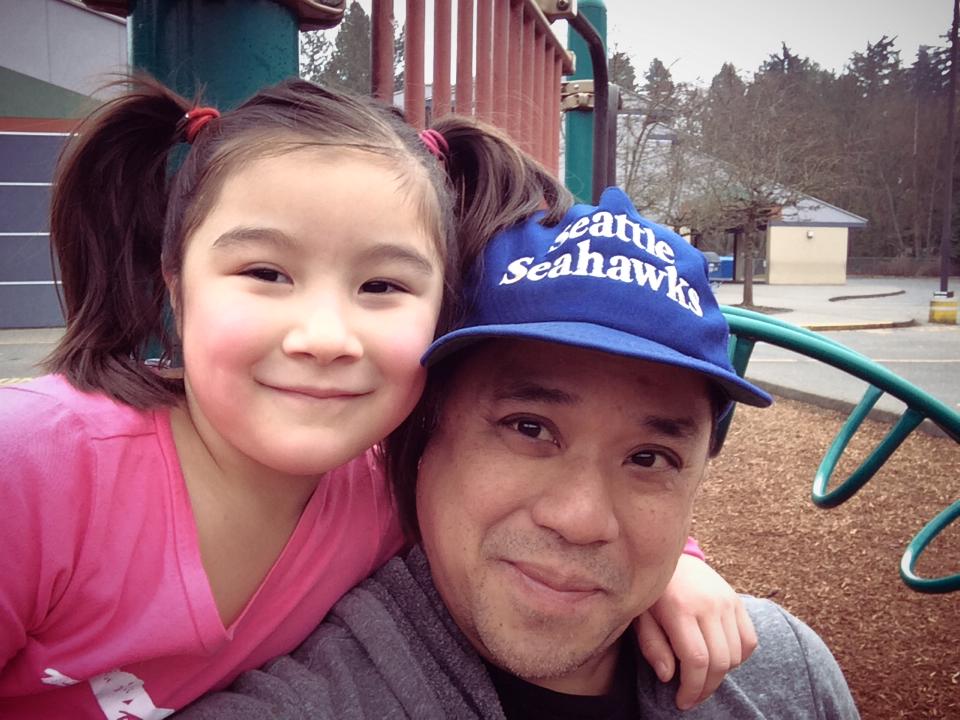 My brother Sean and his daughter Sylvia (which photo will have to do until I find a good snap of him with Sylvia AND Aki!)

There are only a few on this Lao school reunion who were my age in Laos. But like my experience with Liberia reunions, that hasn’t mattered a whit.

See, most schools in America have class reunions (so I’m told). They meet up every five or ten years and compare their stations in life, who’s doing what (or whom), who hasn’t bought a new car in aeons, and so on. Or so I’m told.

My school in Liberia was too small and too fluid for class reunions to make any sense. Instead, we have school reunions.

All. The Freaking. Time.

I first heard about the Liberia school reunions sometime after the Internet was invented. The prime movers had been muddling about organizing meet-ups using snail mail (letters? envelopes? Never mind; email me and I’ll explain the concept) and then email. Eventually, FACEBOOK!!! (Yes, Virginia, there was actually a BF—Before Facebook. Ask your mom.) And I finally had advance notice of a reunion in San Diego.

And didn’t recognize a soul. These things happen when you get old(er)—chins fall, eyebrows lift, noses grow, men lose hair (you all know who I’m talking about here!), memory…

None of this mattered. Within a few hours, we were back from whence we came—old friends, even with schoolmates we had never met in Liberia.

As it turns out, (most of us) don’t care what your car looks like, how big your foyer is, how much you make, what school your kids got into. None of that baggage that makes American school reunions the butt of Hollywood jokes.

Third-Culture Kids tend to share a sort of common weirdness, a folie à plusieurs, if you will. It doesn’t matter if you’ve never before met your new best friend. You share a common uncommon experience that creates an instant bond that transcends silly details like not knowing one another’s names. This side-effect of being a TCK—bonding fast and furious—comes from never knowing when one of you is going to move, or when a coup d’état is going to send you all to the four corners, or any of the multitude of other factors that separated us so frequently.

So here I am in Laos with a bunch of people I have mostly never met, and it just. doesn’t. matter.

I’m having the time of my life with my best friends.