If you’re traveling to Laos, leave your wallet at home.

No, not your cash. Just the wallet. 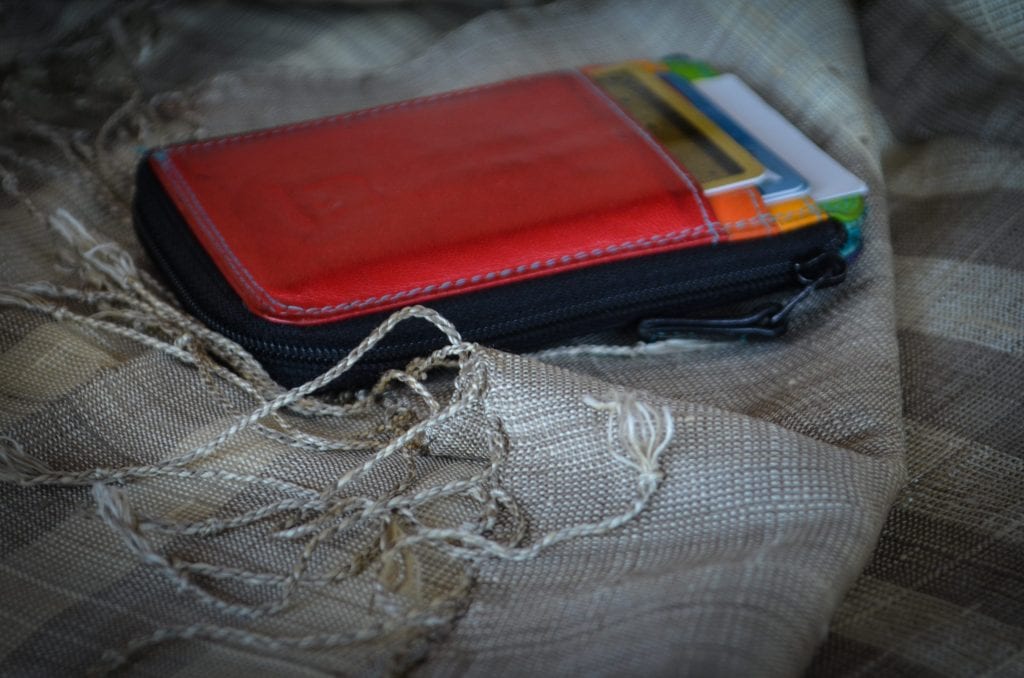 Because it’s not going to fit your cash. 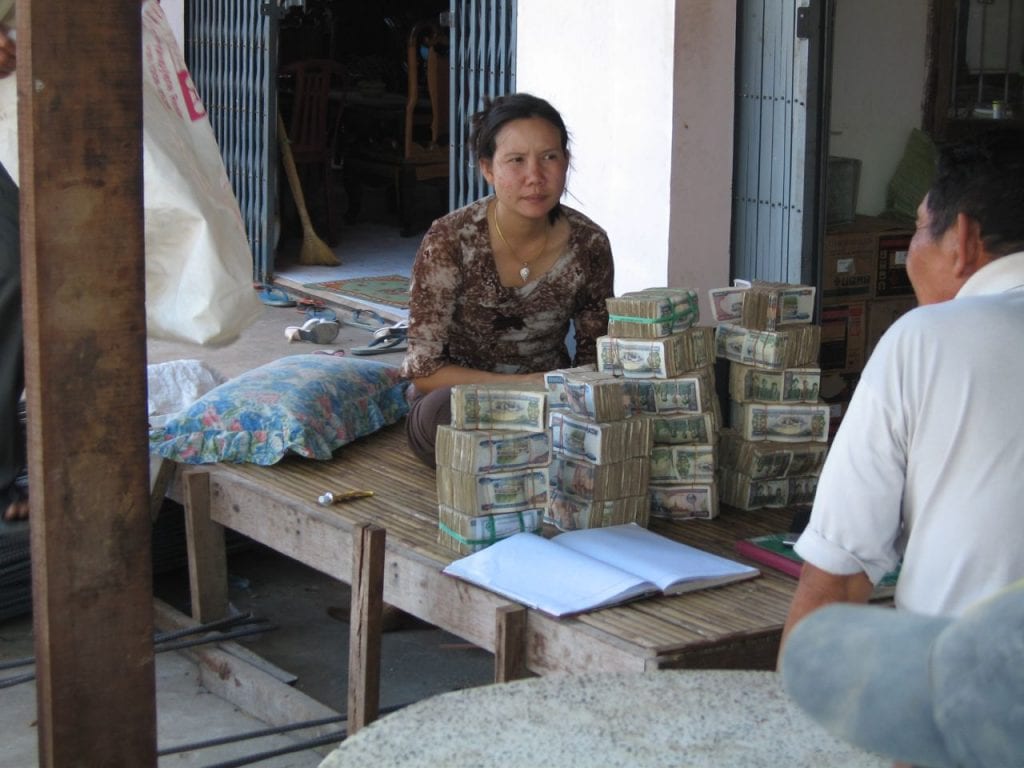 A large sunglasses case, on the other hand, is just the ticket! 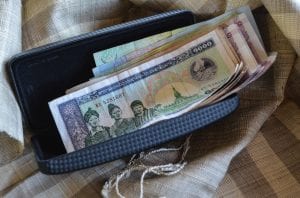 Dinner on your own just about anywhere in Laos is going to be reasonable, so just whip out a ₭100,000 note, and Bob’s your uncle.

Dinner with a group, on the other hand, is going to be a tad more complex. I don’t know why, but something crazy happens to otherwise intelligent people when you add too many zeros to a banknote:

Make sure you factor extra time into any plans you might have, then!

You won’t have any problems finding an ATM just about anywhere in Laos. One challenge, though, is that the most commonly-issued denomination is the ₭20,000 note. This means that if you’re withdrawing ₭1,000,000 (about US$125), you’ll end up with 50 bills! Hence, the improvised wallet, above.

Like anyplace else (including the States and Europe), there are reports of some ATM fraud. I didn’t encounter any problems, but one does hear things. Just be smart, be aware of your surroundings, and keep your receipts to compare against bank statements later. As you should be anyplace else!

ATM and credit card fees in Laos (and Saigon, Manila, and Bangkok) are a tad higher than I pay in the States. Having lived in pre-ATM times and countries, my attitude is: Meh–convenience!

Really; there are more important things to get upset about.