Tweens in charge of Defense

Sources inside both the United States’ Pentagon and the Russian Ministry of Defence today confirmed that two 12-year old #TwitterKind have been in charge of foreign and military policy for the past eleven months. Both officials spoke on condition of anonymity because they feared having their allowances cut if they spoke on the record.

The confirmations came after a #TwitterSpat that broke out yesterday between the two countries. Moscow started the kerfuffle by tweeting that the United States had accused Russia of bombing the city of Aleppo, Syria. Experts note that this initial tweet appeared to be a gratuitous barb, insofar as no one had noticed that the United States had accused anyone of anything particularly heinous recently (the on-going feud between Donald Trump and, well, everyone notwithstanding).

Moscow immediately followed their initial parry with a flurry of tweets categorically denying that they had done any such thing:

In explaining how they could not have possibly carried out the air attack, the Ministry tweeted: 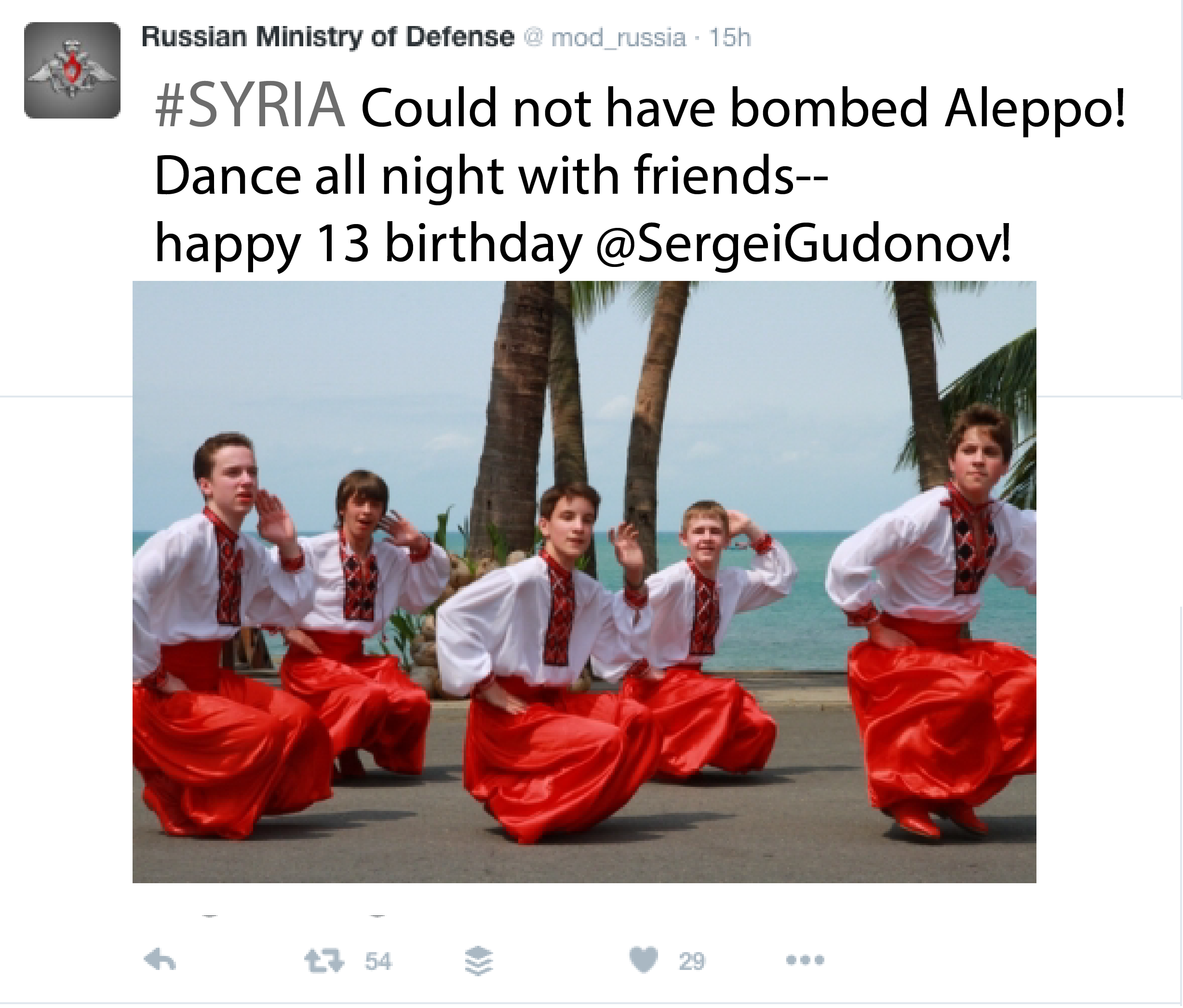 The United States tweeted back a Facebook selfie that tagged Sergei and other members of the Russian Defense Ministry. British sources confirm that the photo was taken in the Strategic Command Centre of the Defense Ministry: 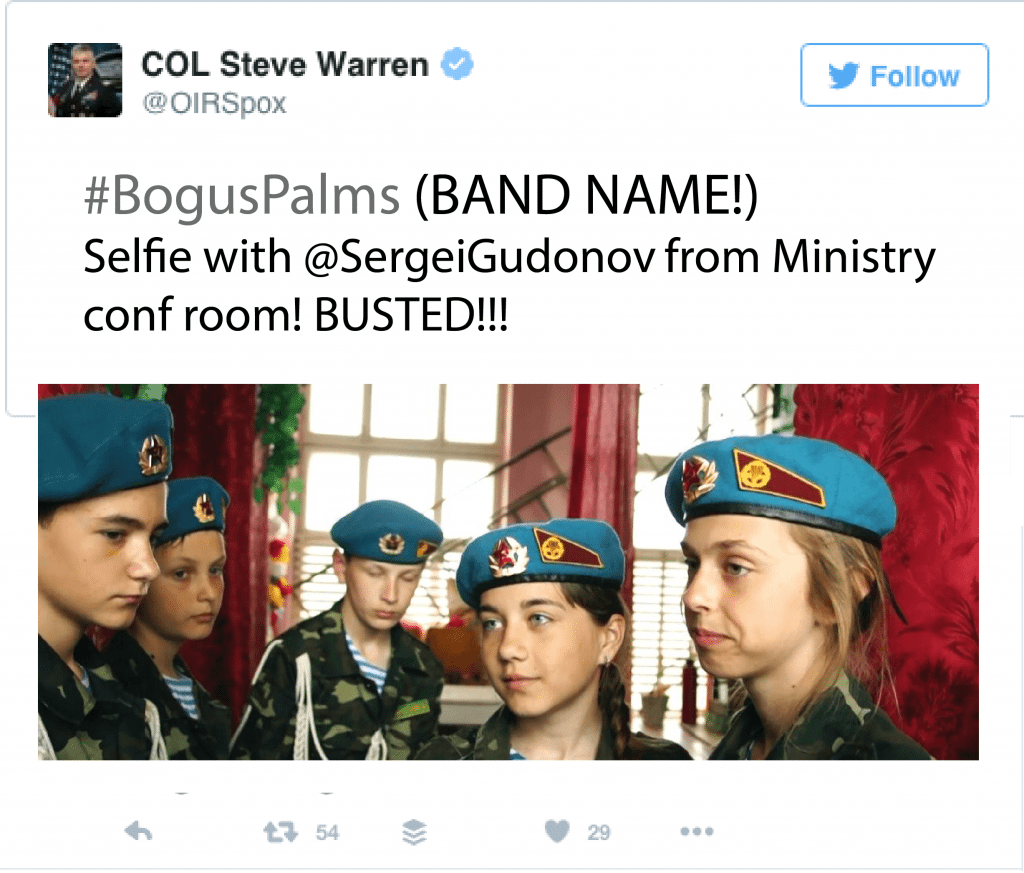 Moscow didn’t hesitate in responding with yet another categorical denial:

#SYRIA Col. Warren is to be disappointed—Rus aircraft didn't work near #ALEPPO yesterday. Nearest target was more than 20 km far from city

In a stunning reversal less than an hour later, however, Moscow backed down. In classic tween fashion, Moscow issued a non-admission admission, and then asked for an updated map of the area:

#SYRIA Today Russian aircraft are criticized for flying in wrong areas engaging wrong objects.Perhaps there are updated maps to be sent?

Although it is still unclear who specifically is leading the two countries’ defense programs, confirmation that both ministries are in the hands of young teens goes far to explain many of the actions we have seen over the past eleven months.

Hat tip to @SIOBHAN_OGRADY of @ForeignPolicy: Moscow and Washington Are Tweet-Fighting Over Who Bombed Aleppo