My father was in the Foreign Service (pronounced with a knowing wink), and his job took us to a lot of very interesting places. Vientiane, Laos was our first posting. This was an extreme third-world war-zone experience that came with some unique challenges, not the least of which was how to put a bit of “home” into celebrating the holidays.

My mother’s contribution to the expat community was eggnog, which brought a taste of home to many, and a whole new meaning to “eggnog” for the uninitiated.

If you’ve never lived in a 1960s war zone, this might not sound like such a big deal. I assure you, this was not your run-to-the-local-7/11 eggnog! Just preparing to make it involved: 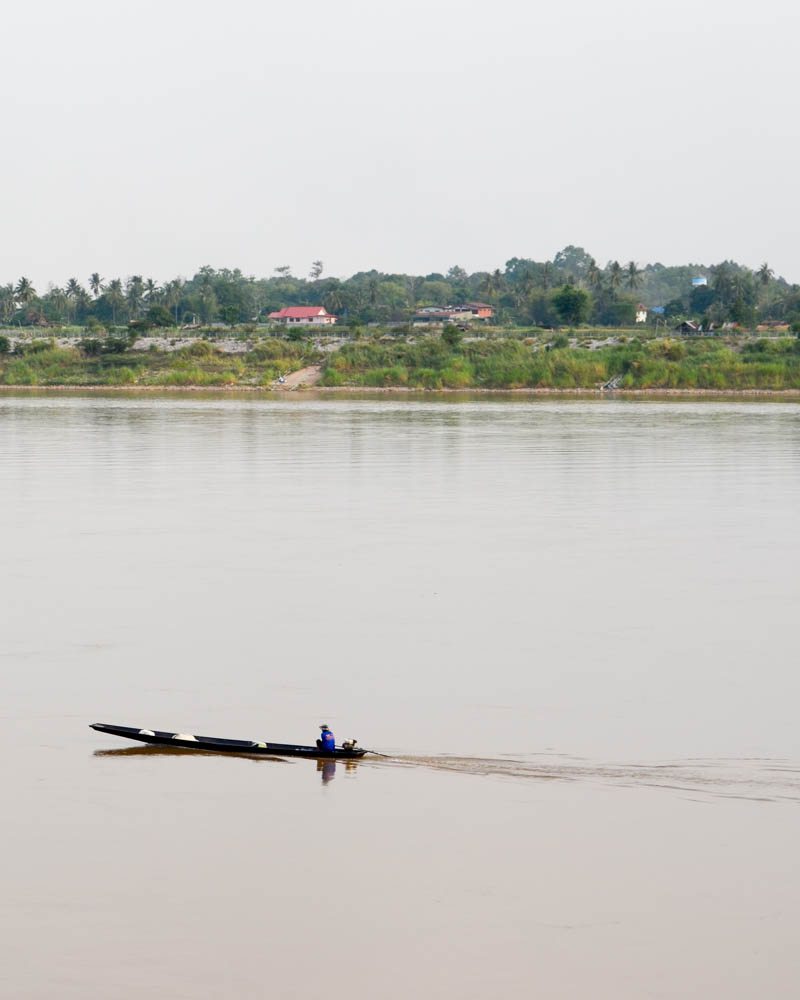 Pirogue on the Mekong River; photo taken from Vientiane side

1. A canoe trip over the Mekong River to Thailand;
2. A 200 kilometre wild taxi ride to Udorn Air Force Base;
3. Hitchhiking on anything with wings—fixed or un—to Bangkok;
4. A whirlwind tour through Bangkok to buy the ingredients not available in Vientiane.

As I said: NOT your run-of-the-mill eggnog.

It is still a family favourite. It loses none of its charm for lack of the treasure hunt and has spawned its own chapter in Expat and Family Lore, including me at the ripe old age of six being ignominiously sent home from school one day, having decided that Mom’s Eggnog was just perfect for breakfast!

Mix the alcohol together.

Beat the egg yolks until golden and creamy, then add the sugar and beat some more.

Mix in the milk, then the booze.

In a separate bowl, beat the whipping cream until soft peaks form, then fold into the egg mixture.

Adjust proportions at will.

The number of servings depends on how frequently you taste to adjust.

Please imbibe responsibly and do consider keeping it out of reach of six year olds!