France. After too many years kvetching about how I really need to get back to France, I am here. It took the US National Football Team winning its way to the World Cup 2019, United Airlines miles, a willingness to camp if need be, and a loving partner with the same sense of adventure and spontaneity as I have to make it happen.

A bad case of hero worship!

Saturday morning, June 29, finds Rony and me sitting in our living room in Baja contemplating the World Cup. The women’s World Cup, if you must, though I hate making the distinction that by its mere mention puts us into the “other” category. I am not a huge sports fan. I like Duke basketball (men and women), though if I’m honest, I really only follow it now during the championship stages. I like football (soccer, if you’re an American, but seriously people, get with the program!). I LOVE women’s football. And in case you’re not a fan, allow me to introduce you to my US National football dream team! And, of course, the woman I would marry if I were a) 20 years younger, b) 60 pounds lighter, c) pshaw. Never gonna happen, but boy oh boy, I do like this woman! 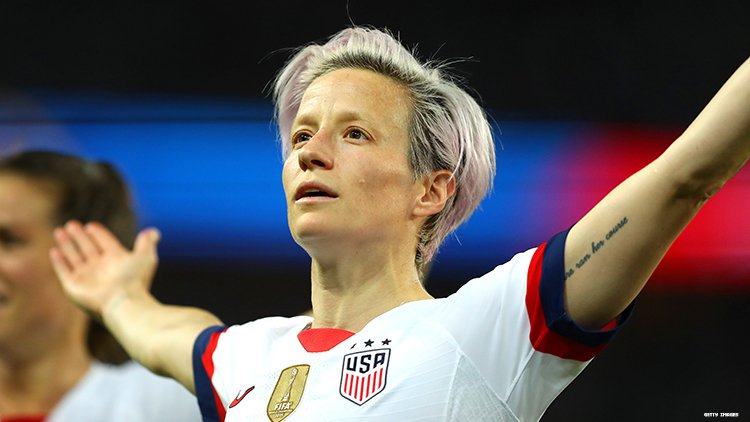 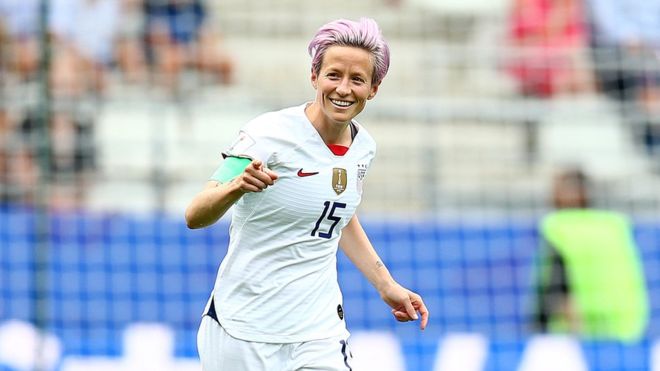 Megan Rapinoe again, because why the hell not?

The US National Team has made it to the semi-finals, after beating a fan-fucking-tastic French team comprised of no fewer than seven players from the Lyons football club, Olympique Lyonnais—all of them starters on the national team, by the way! And Lyon is where the semi-finals and final match will be played. Bless their hearts, the French we’ve spoken to (so far; we’re only on Day 1.5) have been gracious about their loss. They fought hard, and it was a spectacular match, and both sides seem to genuinely respect each other. Hell, our two team co-captains, Alex Morgan and Megan Rapinoe, used to play for Lyon. This article from the Washington Post, Lyon’s championship soccer club is a model of gender equity and a vision for women’s sports, is excellent if you’re interested in learning more about this impressive club.

Wouldn’t it be cool if…?

Anyhoo, there we were on the couch at home in Baja, expounding about how cool this whole World Cup has been, and wouldn’t it be cool if…?

Well, yeah: wouldn’t it be cool if we could be there? Gee, I wonder….

OMG, we have enough United points to get us to France? Oh my, tee hee, wouldn’t it be cool if…?

Hey, look at that: tickets to the actual match are pretty cheap! Less than $120 for two, you say? Heh heh. Wouldn’t it be cool if…?

What the hell are we waiting for? Rony and I divide the Travel Office tasks without even discussing roles or responsibilities. Rony buys tickets to the match, I get the tickets for the airfare, and the next thing we know we’re calling friends and family to come take care of House and Hound, and the next thing we know, we’re crossing the border to San Diego at 03-0God in the freaking morning to catch a loooong flight to France. TO GO TO THE WORLD CUP 2019 IN LYON!!! 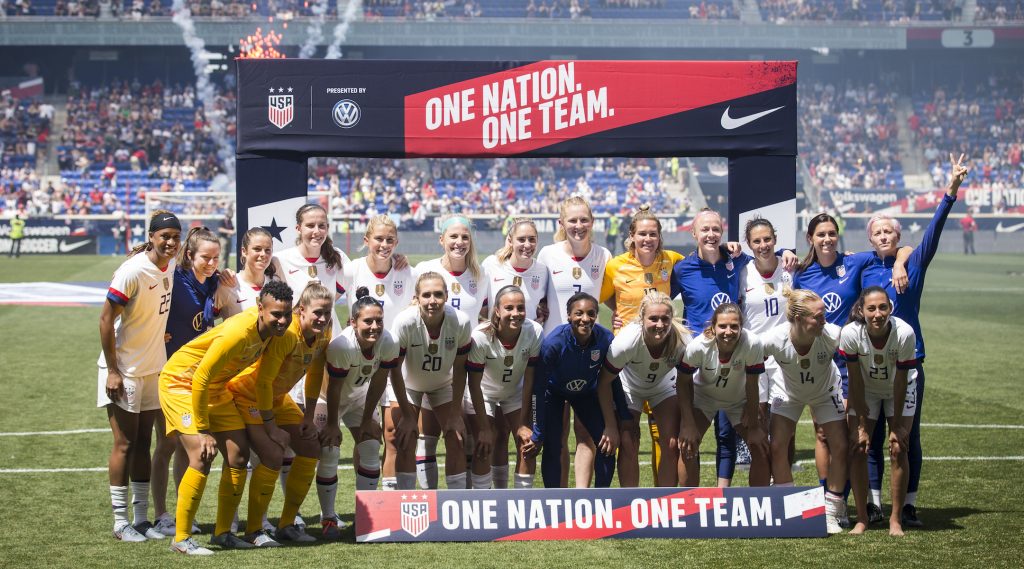 HARRISON, NJ – MAY 26: The full roster for the United States Women’s National Team for the 2019 World Cup just after the International Friendly match, where the team played Mexico as part of the Send-Off Series. The United States won the match 3 to 0. USA. (Photo by Ira L. Black/Corbis via Getty Images)