We don’t need no stinking tickets!

Despite the snarky title, it turns out that one actually does need tickets–stinking or otherwise–to get into a match at the World Cup.

Remarkably, we thought we had tickets. Really. Rony got onto IndieGoGo (aka Fucked Up Basic e-Reservations, or IndieFUBER) and bought us tickets behind the goal post—our favourite live-viewing position. 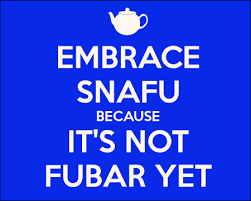 Email confirmation: CONGRATULATIONS, SUCKERS! You’ve just bought two tickets to the World Cup match between the United States and England! We’ll send you an email within 24 hours with your actual tickets.

Except, if you read the first email about this trip, you’ll know that within those 24 hours, we would already be mid-air. Needless to say, we did not receive the confirmation email until this morning, which coincidentally is also the day of the match!

“Wahooo, we got our tickets!”

I won’t go into (just now) the issues we’ve been having with (Sprint) international calling. Suffice to say it was a freaking miracle that I got hold of the poor young chap at IndieFUBER.

“Why yes,” he said. “I see here that we did, actually, send you tickets to the wrong match on the wrong date. I will see what I can do.”

At which point, I very politely (remembering that he has our tickets by the short hairs, as it were) pointed out that a) I am an American attorney, and everyone around the world knows that we only live to sue people; b) I’m pretty good at my job; and c) but for their confirmation of our purchase, we would not have bought airline tickets and rented a car and and and.”

“Why yes,” he said. “I will escalate this matter immediately!”

By which, I assumed, he would pass the phone to his fellow Phone Centre dude, laugh a bit, perhaps cackle some, and then out-wait us.

But by golly, by jove (he was English and I’m afraid I’m stuck on Polite Englishisms for a bit), he followed through!

And we finally have tickets to the World Cup 2019 in Lyon, the United States versus England, behind the goal post, our favorite football spot.